My great mistake, the fault for which I can't forgive myself, is that one day I ceased my obstinate pursuit of my own individuality // Oscar Wilde

So, where did A Proper Fool go?

Well, the question might be more easily answered with, where didn’t A Proper Fool go?

Now, don’t get too excited. I wasn’t jet-setting around the globe or anything. But I did make some pretty noteworthy accomplishments as I rounded out 2012 and rang in 2013.

I accomplished almost everything on my list of New Year’s resolutions last year; I ate a lot of really good food. I drank a lot of really good wine. I read a lot of books, magazines, news articles, and all of those things that keep an individual relatively informed. I played some video games I watched a shocking quantity of movies and tv shows. I made a lot of questionable decisions, that helped me grow in various ways (“What is Eryn even wearing?”). I listened to a lot of music. New music, old music, popular music. You name it, I listened to it.

And the two biggies: I got back in touch with myself. Yeah, it may sound really easy. It may seem like a silly goal or some kind of ambiguous term that people use when they “find” themselves. But really, I learned a lot about what I like and what I don’t and who I want to surround myself with. Because of that last one, there were a few ups and downs you know in the dating department. Mostly ups, though.

And last, but certainly not least, I went to New York City for New Year’s Eve. We didn’t go to Times Square because my goal was to test out the area and see if I could stand to live there. I stayed with two new and great friends in Brooklyn and battled the subways with too much luggage and scoured the Brooklyn Flea Market like it was my job (oh hey, I met Alexa Chung) and toured the Chelsea Market and I gawked at things I couldn’t afford all over 5th Ave and ate my weight in international food (no joke, I gained 6 pounds in two weeks). I went to some local shows, I went to some cool parties…it was grand. And guess what? This just in: I love NYC.

Here are some snapshots of NYE (We went to a “secret” warehouse party in Brooklyn. It felt very Girls). 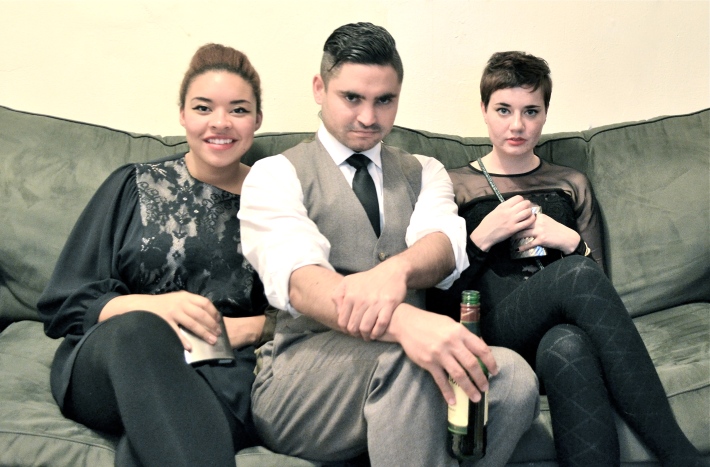 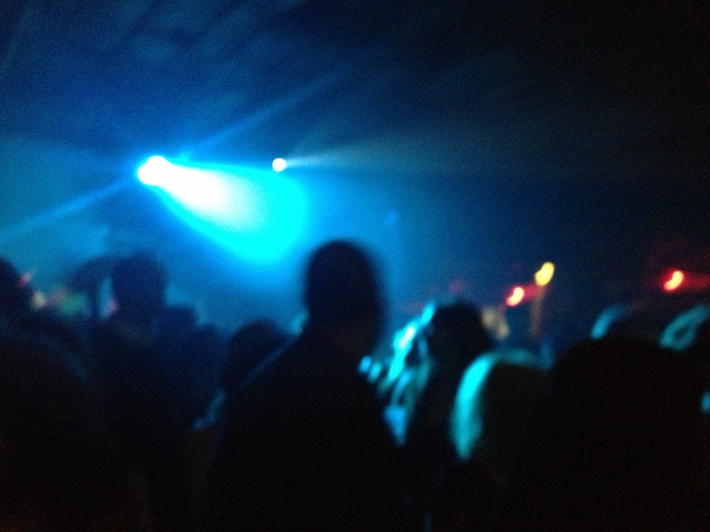 I have hundreds of photos to sort through from the events of the past year before a more realistic look at 2012 can be made, but I have to say, I think it was my best year yet.

Some major highlights: Nashville with Alyssa and Allison, ATL for Allison’s birthday, Damian Jurado & Sharon van Etten with Alyssa and Rose, a complete stranger gave me $500 (which funded my trip to the Big Apple), Bonnaroo (I literally have no idea what happened to those photos), working with Emily over the summer, touring J Crew/Madewell, a new apartment and a new roommate, my first visit to the 280 Boogie, Julia Nunes with Sara, Halloween 2012 and all that that entails, the mini pie date debacle, late nights with my sisters, the infamous prom party, learning to pronounce words correctly from Jose (because “latte” is actually pronounced “late”) listening to Shake It Out more than anyone should admit, late night car rides to nowhere, wine and chats with Nadene…there are so many things I am sure I have left out. But all in all, as I am ushering in my 23rd year of you know, living, I have to say: it’s been pretty  fantastic thus far.

This is where we queue leftover, reminiscent photos of 2012 for my next couple of posts.

Here’s to the upcoming year–I plan to live for a living.

Hello readers! It has been a while. A long, long while. I once said that I was going to start posting more frequently once classes slowed down. But, as they often do, my life picked up just as my studying dropped off.

I was pretty certain I would be a vegetarian and exercise daily. I had a trainer for the month. Then decided I didn’t really need either of those things, which is what generally happens to those New Years’ resolutions.

I turned 21! The event was well-chronicled by my close friends–I had my first drink (Long Island Iced Tea, courtesy of Ian) at midnight, and have tried many other since. Why, yes. That is Tim Kasher in the last photo! (SWOON) 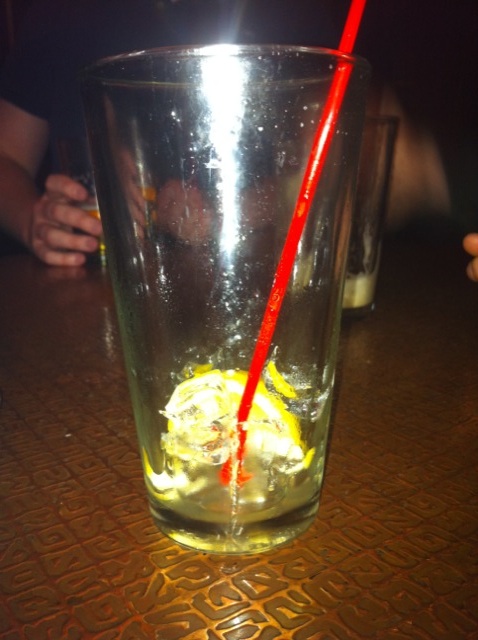 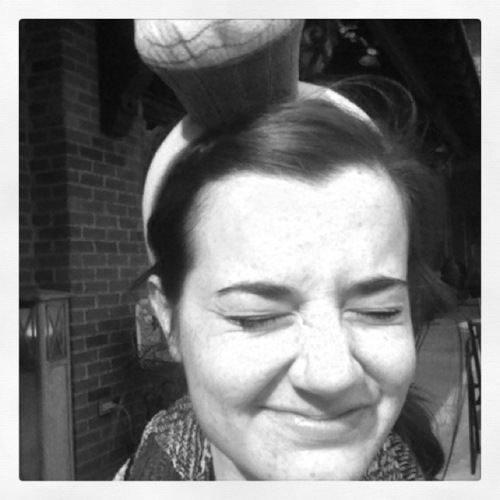 Allison and I participated in a fashion show! 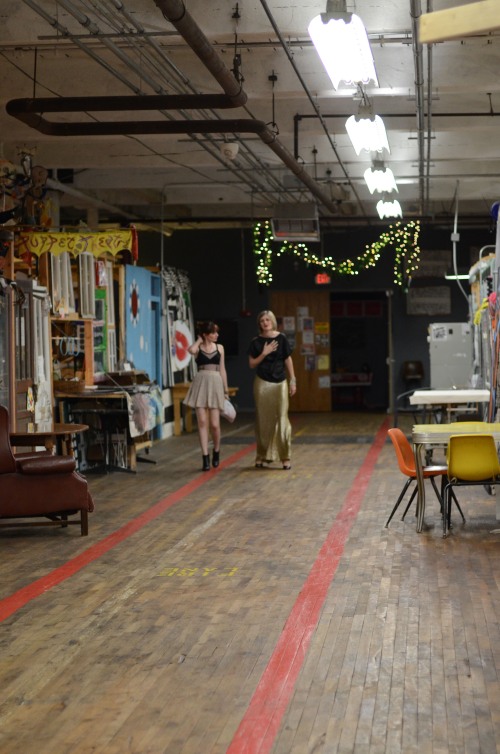 CHICAGO. TATTOO. SHOPPING. Don’t ask me whatever happened to the photos. I haven’t a clue. But I do have a few from my phone! [Note: FRONT ROW, LYKKI LI]

The anniversary of my blog and I. What a journey it has been.

I moved to Auburn and got a job at a coffee shop! Jennifer and I spent a lot of time making our apartment extra adorable, also. I learned to appreciate football, with the help of a visit from Miss Kelsey. 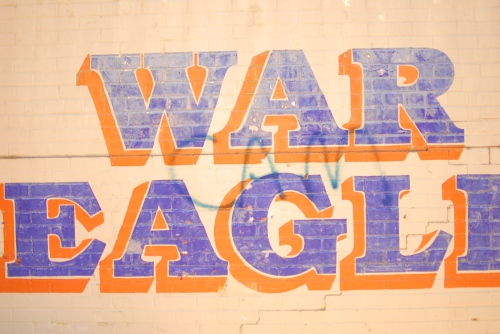 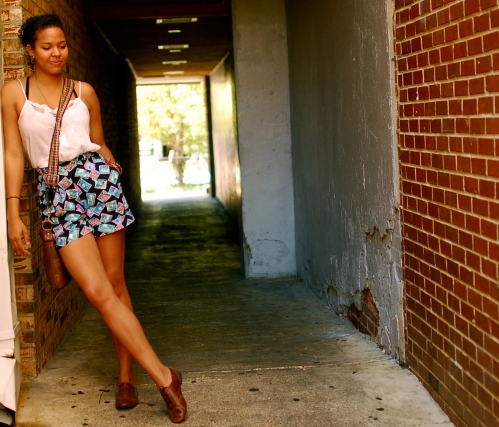 I made some great new friends and was an impressive Lady Gaga and later Holly Golightly for Halloween, if I do say so myself. I went to Atlanta for a day of thrifting, Greek food-eating, coffee-drinking, and vintage digging. Allison moved to Nashville while I’ve been in Auburn, and we have visited each other. Which has been very lovely. 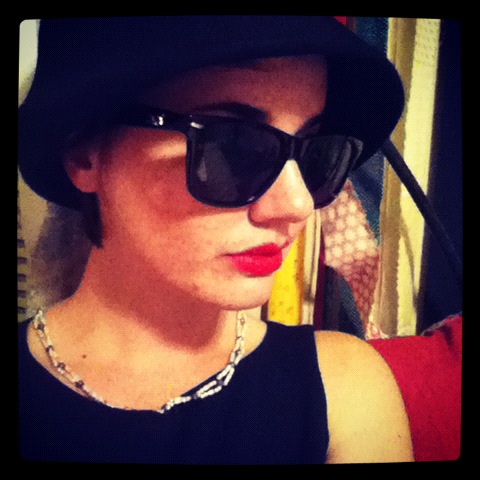 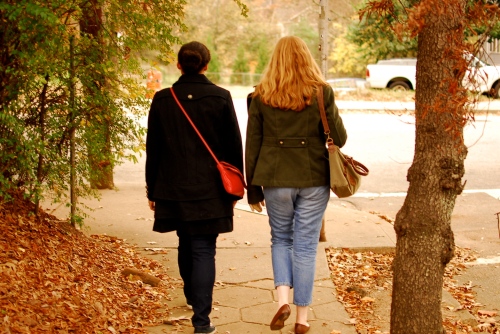 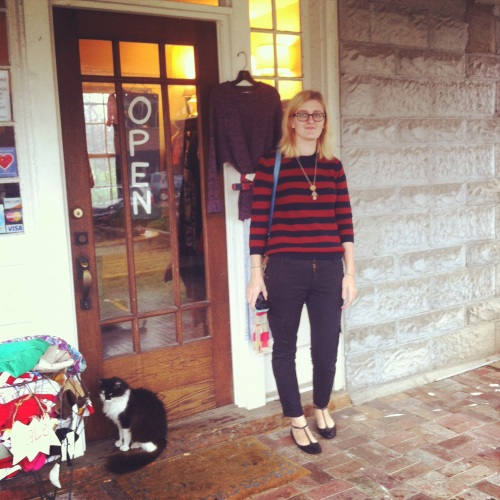 So much has changed this year! The boy and I have parted ways, which I will not be sharing the details of. I have taken off the entire month of December from work and have been fully enjoying what I like to refer to as “curmudgeon” time. Kelsey has followed suit–she, Grace, and I got sushi pajamas for Christmas, and we have hardly left them since. Buffs has returned to being a lil’ lap doggie. I have missed the wiener schnitzel so so so much. 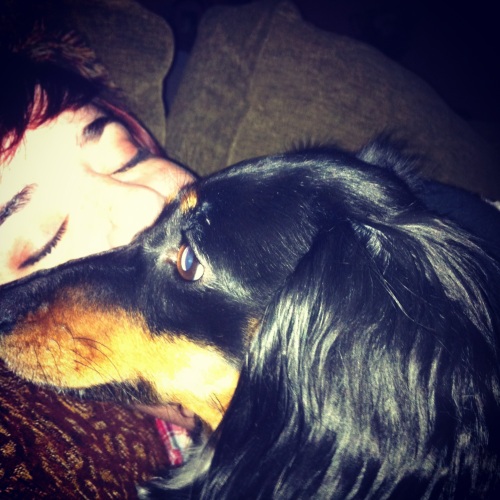 And that’s my year! Expect a post dedicated to New Year’s Eve. I have big plans.

When I was younger, my older sister, Kelsey, and I had a sense of adventure; we would venture out into the woods in the morning, and not return until evening, pretending to be lost or live on our own in the forest with the little forts that we made with my older brother, Bryan. I can’t describe it–we had no concept of danger, no idea that dumpster-diving for fort material was illegal, nor did we care. Just outside of Washington, DC in a tiny apartment for the summer that we spent with our grandparents, we were constantly bringing back  items that we found–a dining room table, a lamp, a chair, boxes galore (you know, for sledding in the summer)…we just played.

When it was raining outside, we brought our adventures indoors. We were constantly trying to build little homemade security devices to deter burglars (not that we would really have any on the  twelfth floor) or building tents out of every blanket, sheet, and pillow we could find.

On one of our many indoor “excursions,” we were lost in the wilderness. We therefore made our little knapsacks full of what food we scavenged for, i.e. vegetarian cheese, glasses of milk, and toaster strudel. But, of course we had to cook these items! How is one to survive in the wilderness eating raw, wild game?! So where did we turn? To our recently recovered white lamp. It was perfect, once you took that white dotted glass shade off, you had the perfect little campfire to roast our cheese on.

Yes, we roasted cheese on it. It turned black. We considered it well-done, and we ate it anyway.

Those were the best days.